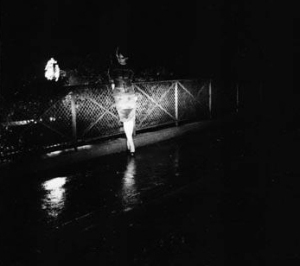 He befriended and photographed transsexual prostitutes of the neighbourhood’s red-light district struggling to live as women and to raise money for gender reassignment surgeries.

These photographs are predominately nighttime scenes on the street and in hotel rooms which are dark and moving and a vibrant tribute to his subjects. This essay raises awareness to issues around gender and sexuality. “it was then-and still is-about obtaining the freedom to choose one’s own life and identity”

The series was first published in Sweden in 1983.

This particular oeuvre of work was massively progressive, documenting a marginalised group of society who did not fit into the social strata of Paris at the time.

There is an emotive and delicate edge to Strömholm’s work which is a stark departure from the work of social documentary photographers.

Strömholm cites as the reason he took an interest in the transsexuals as subject matter: “It was because I didn’t understand it myself… as soon as you ask yourself why their lives are the way they are, it becomes difficult not to take pictures”