In the 1960s, Andy Warhol created several mass-produced images from photographs of celebrities such as Marilyn Monroe, Elvis Presley and Jackie Onassis.

On the occasion of Marilyn Monroe’s suicide in August 1962, Warhol used this image for his screenprinting. It was a publicity shot by Gene Korman for the film Niagara, made in 1953. 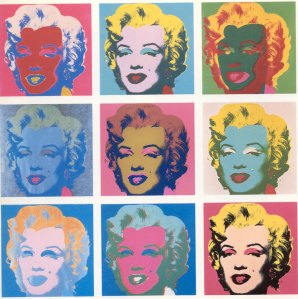 This is my take on pop art. 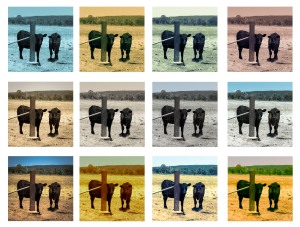